The Prophet is the twenty-first episode of the second season, and the fourty-third overall episode, of the CBS series, Ghost Whisperer, originally premiering on May 4, 2007. The episode was written and directed by John Gray, and recieved a total of 9.25 million viewers.

Five accidents, and four signs, something else is going to happen. Melinda becomes concerned for the safety of the people she loves when a ghost prophet shows her visions of the future. The fellow Ghost Whisperer, who Melinda doesn't trust is still in Grandview. Melinda begins having visions that seem to predict the death of a loved one.

Melinda wakes up to crying sounds, and gets out of bed. She hears foot steps, and goes down the hall. A man is walking down the stairs. Downstairs, there are a bunch of people in black clothing. Kaminski says "You shouldn't be here." She walks forward and sees a casket. Ned says, "this is your fault". As a phone on top of the casket rings, she wakes to her cell ringing. She then calls Delia, because Delia was the one she saw in the casket. Delia is unhappy because it is 4:10 in the morning. They hang up and Melinda hears a door slam. People led by Gabriel are carrying a casket down the sidewalk, then they disappear like ghosts.

Melinda is fixing a record player with Delia for Ned's birthday present. They talk about buying vinyl. Delia brings up the phone call, and Melinda tells her not to worry, then leads the conversation back to the records and Delia and Tim's relationship. Melinda heads out for coffee. She is walking in the town square when she notices everyone staring at her. They stop walking and continue staring. She spins around looking at the people. Delia looks out the window to see everyone behaving normally and Melinda spinning. Everyone continues moving when back to Melinda's POV.

Melinda is back at her house, it's evening, when she hears waves crashing. Her kitchen sink is full of seaweed and water. She turns and looks at her dining room table. A woman in a red hoodie is sitting at the table. She says "They told me you would know, you would help. Mary O'Connell". The scene switches to an office with a young boy and two men. One man (who sounds British) asks the child why he keeps drawing these particular drawings. The drawings are of a hand holding a lantern.

Switch to Melinda looking up Mary O'Connell on the online obituary registry, then she answers her phone. Delia almost gets run over by a car while on the phone with Melinda. She goes to sit down in the shop.

Scene changes again to show Melinda brushing her teeth in the bathroom, when her floor is swept over with water and seaweed. She hears a fog horn while cleaning up the water. In her bedroom, she opens the curtains, her house is under water and there is a ship going down. It's called the Mary O'Connell.

At professor Payne's office they are discussing the Five Signs. Payne is packing up to go on a sabbatical in the Peruvian jungle. Melinda hopes they'll keep in touch.

Melinda walks into the shop with coffee. Then Tim walks in with some Led Zeppelin vinyl. Tim and Delia leave for lunch. The power in the shop goes out. She checks the circuit board and the floor floods with water. The woman in the red hoodie is back. Melinda asks if she remembers anything about the ferry boat accident. The woman says, "you can't help me, I have to help you". Then she leaves, along with the water.

Moscow, Russia: There is a young girl making clay hearts with a design, the therapist from England is there asking why she is making them. The girl says the same thing as the young boy did about his drawings.

Melinda is putting up curtain swatches and Jim is complaining about how long the house is taking to be "done". Jim hypothesizes that Melinda is nervous about everything. They discuss the woman in the red hoodie. Scene changes to Melinda in her living room on her laptop. There are noises coming from up the stairs, she gets up to look. She looks at her ceiling light, which is dripping water, and is suddenly in a dark damp tunnel in which people with cell phone lights are walking through towards her. The woman in the red hoodie appears behind Melinda, and says "they won't let me see my husband, not until I show you everything." Back to Payne's house, where he now has a "For Sale" sign on his lawn. Payne tries to tell Melinda that sabbatical means leaving and not available. Melinda replies that she thought it stood for "Man who doesn't want to face his real problems taking off to study cicadas". Payne suggests that Melinda may be dealing with a prophet ghost. Payne believes her dreams may be symbols, not to be taken literally.

Onto Italy where two men are walking down the street talking about someone having died and a little boys reaction to it. One man says, "he draws it in walls, pillowcases, everywhere." The English therapist is back now with a little boy, Stefano. Stefano says "he does it for her". He's drawing Melissa holding her lantern.

In the shop, Ned is listening to the record player, it's his party. Delia, Melinda, Jim, and Tim are all there. Melinda and Delia go to the back and Delia asks if she can duck out to take pictures of a house up for rent. Melinda is hesitant to talk about the supernatural stuff with Delia.

Switches to Ned listening to the record player. Delia knocks and threatens to take the record player away if he doesn't turn it down. He begins to hear voices coming from the record player saying "You're gonna lose her". Delia goes to switch off the record player and get's electrocuted. Ned and Melinda are in the hospital, and Ned's hoping his Mom isn't fatally hurt. Jim comes into frame and says Delia is going to be fine, she just has a burn on her hand and is recovering. Melinda turns around to see Gabriel flirting with a nurse. She asks what he is doing here and he says "He's a little early". Melinda and Jim are in the kitchen discussing Gabriel. Jim convinces her she's not alone in all this.

Scene changes to Melinda walking down the street when her whole perception changes to cars falling out of the sky in an attempt to kill her. POV changes and we see they're all ghost cars and no one else can see them. She walks up to one and the lady in the red hoodie is back. Melinda asks why her, and the woman says, "that's not for me to know."

Scene change to Melinda's shop where she and Professor Payne are discussing the thinning of the veil between the living and the dead. He tells her that he will help her through this because she's the bravest person he knows. He decides to stick around and put the Peruvian job on hold until it's all over. Then he wittily adds, "Let's go tell Delia to watch her back."

Delia is in the hospital and Melinda is talking to her about what happened with Andrea and how her ability to see things tends to ruin people's lives. Payne pipes up and starts a rant that only slightly tells Delia who he is, and she retorts with, "is there a caboose to this train of thought, Professor?" He quotes Shakespeare (loosely) and asks Delia what could hurt her by believing in Melinda's ability and not be scared by what she says. Delia allows herself to be convinced and accepts that there are some things she can't understand but that she'll believe Melinda when she mentions things. Payne mocks it all as a female bonding moment, and turns his back on Melinda crying.

Melinda is in her car and calls Jim to tell him the May 11th thing. A voice pops in and asks her if she is interested in May the 11th and if she is to meet her at a dark house.

(Not Finished - to be continued later) 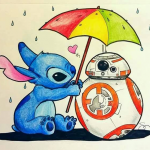 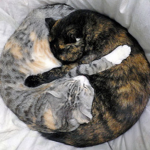