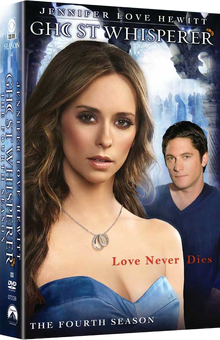 The Ghost Whisperer: The Fourth Season DVD (known as The Fourth Series in Region 2 markets) box set is the fourth DVD compilation of Ghost Whisperer episodes. It features the 1015 minutes of show produced as part of Season 4, as well as a number of other special features. The Region 1 DVD boxset will be released on September 22, 2009, and March 1, 2010 on Region 2.

Community content is available under CC-BY-SA unless otherwise noted.