The Dead Are Talking...
...And She Is Listening

In the United States, original episodes of season one aired between September 23, 2005 and May 5, 2006. For airdates on other networks and in other countries, see: International Airdates. Season one had a total of only three main characters, Melinda, Andrea and Jim. The new series follows the normal and supernatural life of Melinda Gordon, the titular character who has the ability to talk to the dead, and with the help from Andrea and Jim, she crosses any earthbound spirits over into the light, but some don't go without a fight.

*Romano appeared in previous episodes with an uncredited actor.

Season One concentrated more on Melinda Gordon getting visits from earthbound spirits in need of her help. Melinda would help them as they asked, completing and unfinished business they had which usually included her having to contact their family members and help them communicate with each other, revealing her secret in the process, which wasn't always positively recieved. 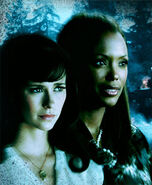 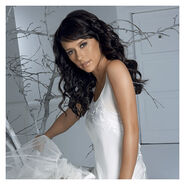 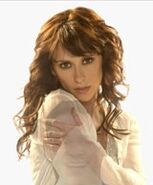 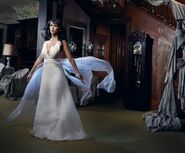 Melinda Promotional 23
Add a photo to this gallery

Retrieved from "https://ultimateghostwhisperer.fandom.com/wiki/Season_1?oldid=8582"
Community content is available under CC-BY-SA unless otherwise noted.